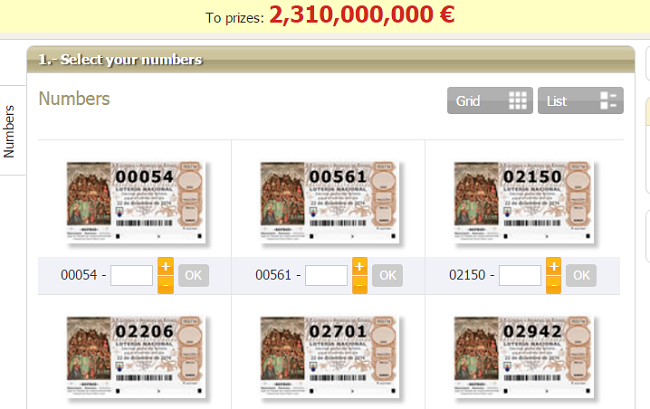 You may have heard that Spain's 'El Gordo' Christmas lottery has more than €2.3 billion in prizes, with winners throwing parties in the streets, bars and doorsteps. It is all broadcast live on Spanish TV and with millions of people hoping to share in the huge prize pool, it is a very big event. The "El Gordo" lottery is now one of the biggest in the world, but do you really know where it comes from?

Spaniards queue for hours to buy ticket for El Gordo

One hundred thousandth. The chances of winning the jackpot are so slim. Nevertheless, 172 million lottery tickets are sold in Spain today. Because not participating in "The Fat One" is not an option. Either because your colleagues are really involved and likely to win, or because you want to get rid of your money worries.

The lottery office of lottery vendor Doña Manolita in Madrid opened as early as nine in the morning at the turn of the century. Then there was an impatient queue at the door. The queue goes around the corner and it takes at least an hour to get to the last one. During the day, it only gets busier. Then the waiting time went up to three hours.

The jackpot is certainly not the highest amount you can win in the lottery. Whoever has the full lottery ticket with the winning numbers wins €4 million. But hardly anyone has it, most opt for the tenth ticket, worth €20. That means four tonnes can be won. Moreover, there are 180 series per number. In other words, the top prize disappears within 180 times.