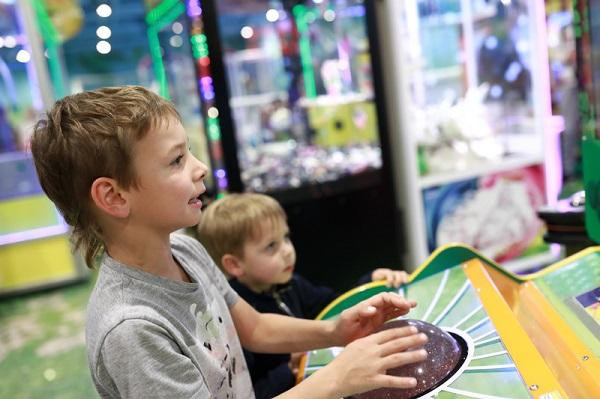 A small delegation from the Gaming Authority recently visited the Hague branch of the national chain of entertainment centres in Hofstede city centre. They were presented by two board members of the Family Entertainment Centre Netherlands Chapter (FEC Netherlands). FEC Netherlands accounts for about 90% of the industry. It was good to see that FEC Netherlands made a commitment in late 2020 to eventually have only games of skill in children's play centres (or arcades).

KSA is quite concerned about these kinds of amusement centres, which some also call 'children's casinos', but it is not very flattering. The reason is that investigations by Ksa have revealed that the centre has some machines that are very similar to slot machines. The only difference between the machines in the gambling hall and those in the arcade is that sometimes the money comes out first and the chips or coupons can be exchanged for (smaller) vouchers or physical prizes.

In entertainment centres, this usually involves so-called gaming machines. The Gaming Act makes an exception for these machines. The legislator who made this part of the law in 1964 had tourist fairgrounds and vending machines in playgrounds and holiday parks in mind. The risk of developing a gambling addiction at these places is considered minimal because the time people spend there is infrequent and short-lived. The exception means that playground equipment does not require a model authorisation (inspection) and operating licence. The downside of this is that proper supervision cannot be exercised.

No minimum age for Amusement halls

Ksa is particularly concerned about the growing number of permanent gaming halls in the city centre. Minors are allowed in the entertainment centre if the slot machine lobby has a minimum age of 18 (sometimes 21, depending on the APV). However, minors cannot be knowingly exposed to gambling. As you know, adolescents' brains are still developing. This makes them especially vulnerable to developing a gambling addiction immediately or later in life.

Talks between the Ksa and FEC Netherlands a few years ago led to a commitment to phased dismantling of machines that did not require great skill. Meanwhile, FEC members ensure that machines with gambling elements in their gaming halls are not used by minors. FEC Netherlands members are audited annually for protocol compliance.