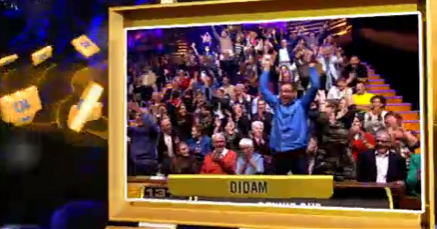 Eindhoven's Marc seemed somewhat caught off guard when Sunday night Winston Gerschtanowitz suddenly showed up on his doorstep with a big cash cheque. It turned out he was the home winner of Miljoenenjacht and thus received 147,000 euros.

It was a good evening for several Brabanders anyway, as the same amount is also distributed among Eindhoven residents with postcode 5627 CZ (Mulhouselaan in Woensel-Noord) who play along with the Postcode Lottery. Manon van Ree from Loon op Zand went home with 28,000 euros in the exit round, as no one pressed the button.