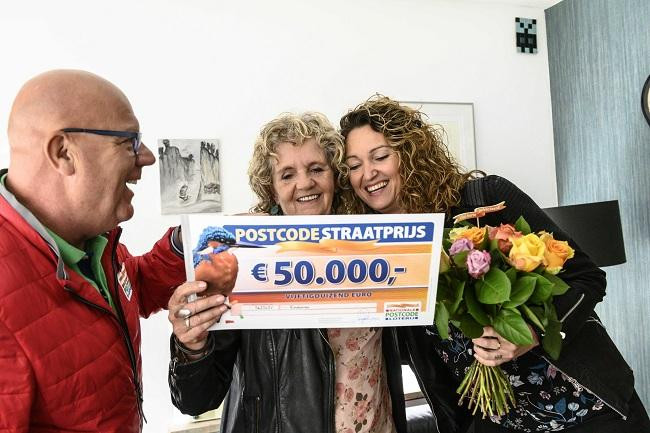 Fourteen residents of Jupiterstraat in Sittard have become a bit richer. That is because that is where the Postcode Street Prize fell last Friday, the lottery announced on Monday. Presenter Gaston Starreveld and Koffietijd presenter Vivian Slingerland dropped by and handed out the cheques.

Ten winners received a cheque of no less than 25,000 euros and four winners received double: 50,000 euros. A car was also raffled off among the 14 winners. It was less than a year ago that residents of Margrietlaan in Sittard were generous winners in the Postcode Lottery. Participating residents were then allowed to divide a quarter of a million euros. Just six years ago, a series of residents of Heinseweg, on the outskirts of Sittard city centre, became millionaires overnight when they won the so-called Kanjer prize totalling almost 22 million.