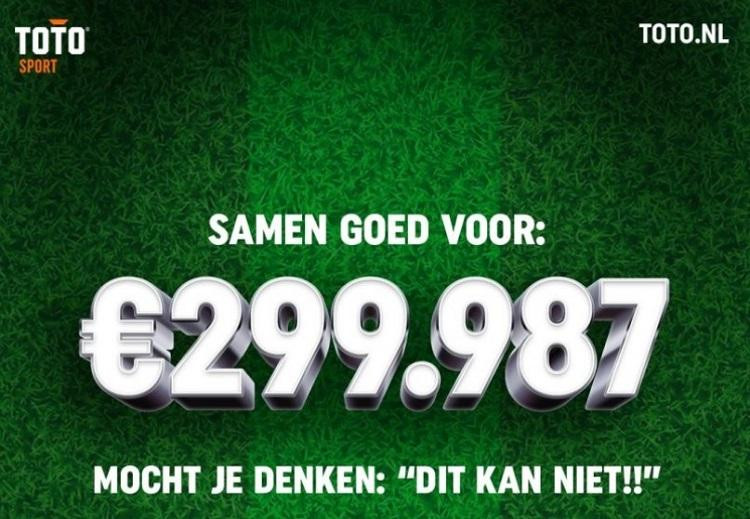 Via social media TOTO announced that one of its players was almost € 300.000 richer last weekend. The player, from Amersfoort, placed two very large combination bets. Both bets consisted of eighteen selections per betting slip.

The stake for the two bets at TOTO was € 82. He was very lucky as all the bets he placed came to fruition. For example, he had bet on the following:

He deliberately spread everything over 2 bets since the maximum payout at TOTO is €150.000